A tribute to a place that was part of the bridge between my childhood and the rest of my life. #BYU #RIPHeritage https://t.co/yrmtqFLlwr

@Jere_Freeman Same with Andrea and me.

So a while back Justin had a bunch of questions regarding when some of our ancestors made their way to Utah and when they joined the church and why they didn’t have land in Nauvoo and all that.  Well, after some searching I finally have some of the answers.  Here is a pdf file on familysearch.com that largely deals with the Nancy Smoot and her husband John Freeman.  It goes in depth as to where they joined the church, the missionaries that taught them, when they joined the saints, etc.  I found it to be quite informative.  It’s about 13 pages, so feel free to download it and read it when you have time.

Another pdf file that focuses more on John can be found here.  This one goes more in depth to the childhood of John, including his becoming an orphan at an early age, as well as accounts from Wilford Woodruff’s journals concerning the probable teaching of the Freeman family.  It mentions the North Carolina years for the Freeman family (which occurred prior to the birth of John) but I don’t know what those years held for the Freemans.  Perhaps this could be something Justin could look more into?  The majority of the Nancy Smoot file is repeated here, but there are quite a new number of stories/facts told, largely through the journal accounts of others.  The file also contains the patriarchal blessings of John and Nancy as given by Isaac Morley.

Be sure to read the footnotes, you can learn a lot of really interesting things (ie: did you know that some U of U medical researchers were made aware of a condition called “Freeman’s Syndrome” which apparently began with William Hamblin? see footnote 61 for details on what it is).

So, inspired by Steve’s post, I made an Extended Freeman Family group, so if you and your spouse both join, you can see how closely you’re related (if you dare)! Ex. Andrea and I are 9th cousins, 4 times removed.

So you (and your spouse) should hover over “Groups,” and select “Find” and search for “Extended Freeman Family.” Then click “Add,” and it will ask you for a password, which is “Freeman” (case-sensitive). Then go to “Relatives” and select the applicable box and “Show Relatives” to see how closely-related you are.

Here in time for Independence Day is a list of 25 signers of the Declaration of Independence that according to this BYU/Family Search thing we are related to.  If for some reason it doesn’t work, try signing in with your Familysearch info and register with the site to see the list.  You can check out how you are related and what the exact relationship is (ex: 12th Cousin 8 times removed is……Samuel Adams)

Hello ya’ll I am now opening the forum for a reunion t-shirt idea chat. What are ya’ll thinking?

Here’s a ROUGH idea of my initial thoughts 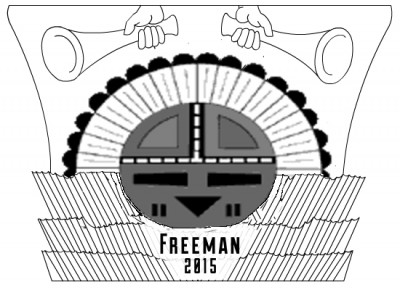 Here are the pictures Justin was asking for: 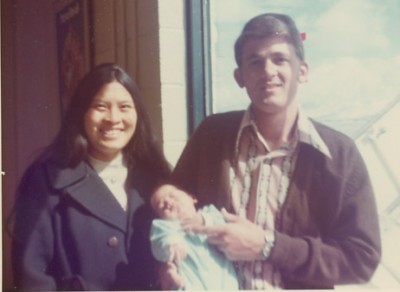 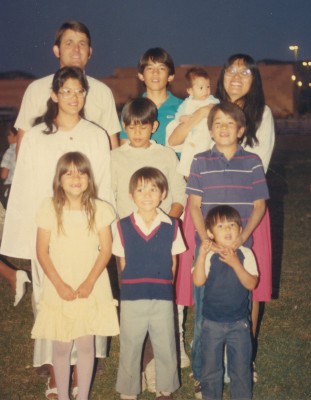 Here’s a little timeline for Mother’s Day.  Sorry, I didn’t have one of just Jere, or one with Stephen as a baby.  (If anyone has pictures of Mom with all her kids to that point that aren’t shown here, PLEASE add them!)

Thank you for your never-ending work, sacrificing your time, talents, energy, health, sleep, sanity, money, and everything else you had for us over the years.  During the process we all gave you MUCH TOO LITTLE of the appreciation, respect, and love that you deserved.  And though it seemed like an almost constant battle with at least one of us at any given time, ALL of us can say that we are who we are because of your efforts, we’re the better for it.  Hopefully we honor you now by who we’ve become, and that you have been able to find joy and rejoicing in your posterity.  Thank you for continuing to bless our lives however you can. 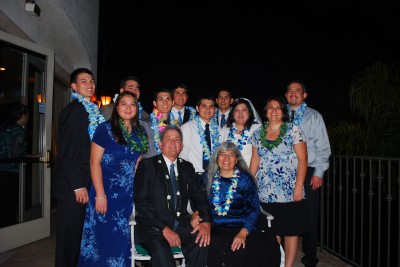 Hello everyone! I have in mind a family history project for those of you who are married. It is inspired by Valentine’s day, but of course, as I know how busy we all are, you do not have to have it done by then. I call it “Sweetheart Stories.”

I would love to hear everyone’s stories about them and their sweethearts. Here is a list of guidelines for what I’m looking for:

1) You and your sweetheart’s names (include maiden name, too–this is, after all, family history!)
2) How you met (and when–approximate if you don’t know a date, such as fall of 2002 for example; the circumstances; first impressions of each other, if you remember)
3) Dating/courtship (include when you were dating; memorable dates, what kinds of things you did together; picture(s) of you when you were dating, if you have any)
4) Engagement (when and where, details!; picture(s) if you have one)
5) Wedding Story (when and where you got married; details of the day; reception/open house details; any other special things of note; pictures–3 to 5 of your favorites)
6) How things are now (Be brief–you might say how long you have been married, kids you have, how your life is, your feelings for each other now, etc. You do not have to be overly gooey! Also, a current family picture would be nice.)
7) Date you completed this

If you all would just post this as a blog post on suneagle, then we could all have each others’. I would love to print them off and make them into a book for my family, as I think it would be so fun to read through with my kids.

Phoenix, July 9, 2002
A Memory
We are here today, not to mourn, but to celebrate a great lady, Judy Chen Sekaquaptewa Wagner, whose very name encompasses three of the best worlds.
It was in the later part of the 1940’s when Judy, as a young woman, rebellious, courageous, and curious, left a family of her dentist father and his pharmaceutical company in Shanghai, China; crossed the Pacific; and married Wayne Sekaquaptewa, a brilliant radio engineer/entrepreneur of the great Hopi Nation in Arizona. The quiet union between Judy and Wayne in fact symbolizes an unprecedented gathering of two ancient peoples on two sides of the ocean, who in prehistoric times may have been one and the same. Love and faith propagated the family to grow, starting with four children and now numbering nearly 40 members. Wayne, a very good man of kindness, goodness, and patience, met God’s early call.
Chance encounters brought John Wagner to Judy’s life, and they married some years later. As Goethe once said, and I paraphrase, that the German and Chinese people share the same sentiments, visions, and passions. So did John and Judy have a goodly some 16 years of happy life together. John unfortunately passed away two years ago. Once again, Judy was decimated, never the same again.
Yet, to her brothers and sisters, and I am sure, fathers and mothers, sons and daughters, and all her relatives and friends, Judy will remain indelibly in their hearts and minds. She is an extraordinary weaver of peoples and cultures through her pioneering journey and struggles. She is a woman of singular prescience, courage, effervescence, determination, and diligence. But above all, she is a woman with a golden heart.